Now I must admit the career of Wilko Johnson has largely passed me by, having not really been too aware of Dr Feelgood's material over the years. Obviously his very sad terminal illness has made the news and the collaboration with Roger Daltrey made this appear to be a fitting event to celebrate his achievements. So, feeling a bit like a gatecrasher, it was a bit strange to be amongst the few who didn't know all the words at this show. The venue was also absolutely packed - the busiest I have seen it on the floor for some time, making us wonder if there were some interlopers with seated tickets!

Wilko started off on is own and looked good (remarkable in fact for a man with his condition). His "trademark" is obviously the speedy glide around the stage - very effective.

After a while, Roger Daltrey appeared and they rattled through the songs from the new album (Going Back Home). Playing and vocals were excellent and the crowd appreciative. In fact, I'm doing Daltrey a disservice - vocals were fantastic. Let's hope he keeps using that voice to good effect for a few more years yet.

Setlist
All Right
Barbed Wire Blues
The More I Give
Dr. Dupree
When I'm Gone
Roxette
[with Roger Daltrey from here onwards]
Going Back Home
I Keep It to Myself
Can You Please Crawl Out Your Window?
Keep on Loving You
Some Kind of Hero
Ice on the Motorway
Sneakin' Suspicion
Everybody's Carrying a Gun
Keep It Out of Sight
All Through the City
I Can't Explain
+
I Keep It to Myself (2nd play)

Back to the O2 for the last night of Taylor's tour - this time with Mrs B in tow who has been enjoying the "Red" album in the car. Last minute seats meant we had a restricted view, slightly behind the stage, but as with last week there was so much going on this didn't matter too much.

A fractionally older audience on average tonight and a slight setlist change with "Long Live" replacing "Fearless". Easy money on the special guest as Ellie Goulding appeared for "Burn" (as she had done on a number of the US dates).

Again, another "straight through" set with no break for an encore. All done by 10:30 and a quick dash for the pre-booked River Boat. Booked as contingency to the days tube strike (which was cancelled), a nice sail down the Thames rounded off another fun evening. 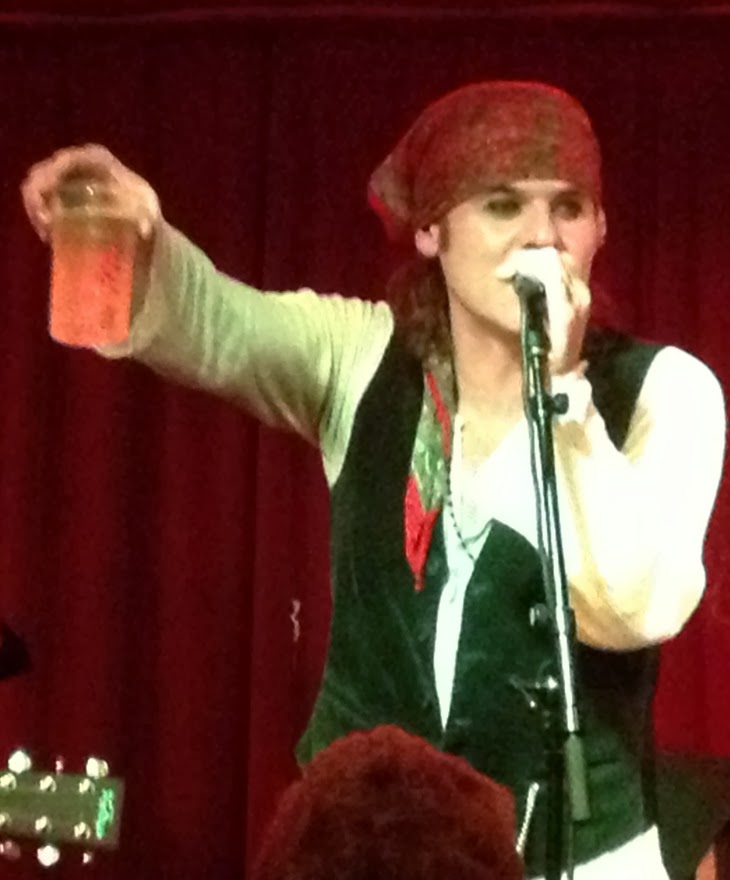 "We're the Quireboys and this is acoustic Rock and Roll!" says Spike by way of hello to a packed Borderline. After a brief interlude following the successful electric tour in support of their excellent last album, "Beautiful Curse", the boys are back on the road - this time without a drummer (probably a welcome relief seeing how many they get through!)

A set of classic and new material is interspersed with some amusing anecdotes. Spike cheerily teases that 'Pretty Girls' "could never have been written in Swansea" and regularly name-checks Guy Bailey who is predictably in the crowd. The band are on great form - they are quality musicians to a man - and the material very much suits a bar-room acoustic atmosphere.

Highlights included "Mona Lisa Smiled", "Misled", "Beautiful Curse" and of course "I Don't Love You Anymore".  Lots of crowd participation, a few beers held aloft and I'd wager that pretty much everyone went home happy.

"Thanks for keeping Rock and Roll alive!" says Spike at the end. It's our pleasure. 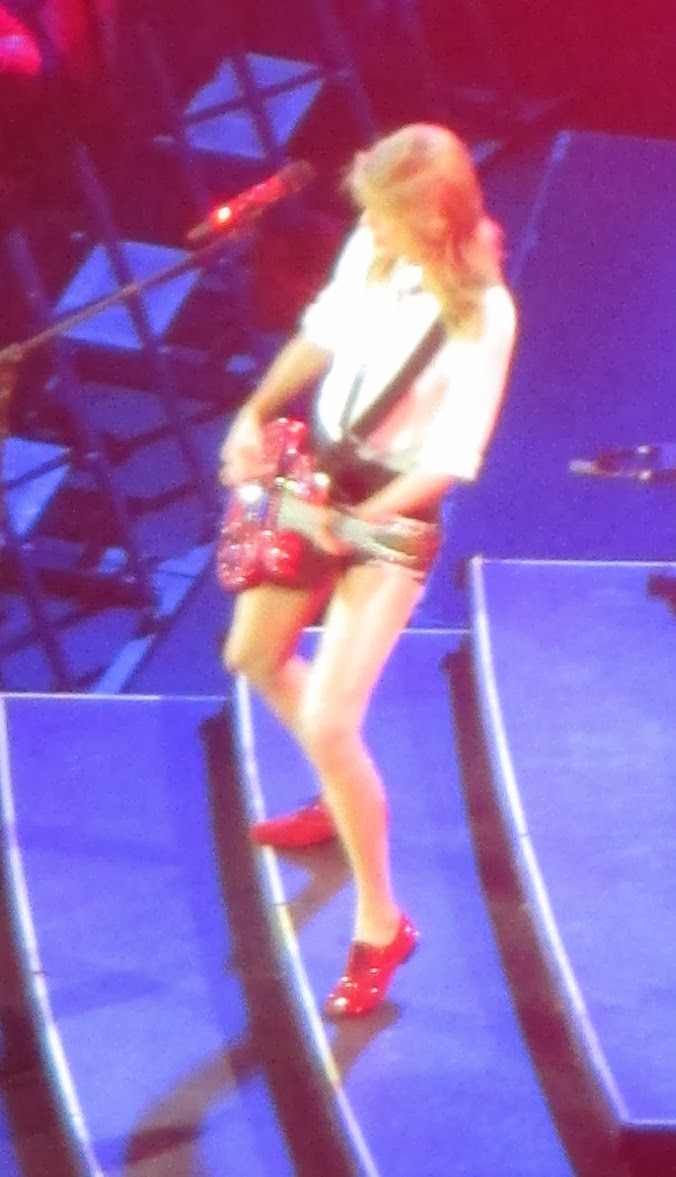 It's been a couple of years since I've seen Miss Swift live and in that time she has morphed into one of pops global superstars. 5 Sold out nights at the O2 (with a date in Berlin in between) mark the last shows of this leg of the "Red Tour", supporting her amazingly successful album of the same name.

We had deliberately secured tickets high up on pre-sale as we were taking a small person for her birthday treat. It turned out that they were slightly higher than anticipated, but as the show encompassed the whole arena , that didn't really matter too much. What was more of a concern that everybody stood up, meaning lots of carrying for dad (me!) and standing on seats. Still, the large screen helped and the sound was good quality.

Support was from boy band The Vamps. They were OK and their closing cover of Simon & Garfunkel's "Cecilia" proved popular.

Taylor's show itself was on a grand scale. There is an argument that her songs work just as well as a band stage show with her on guitar, but this was truly a performance with dancers, circus acts, a 'B' stage, moving platforms, flying baskets etc. Vocals were generally pretty good and the (mainly female) audience ecstatic. Ed Sheeran was the first special guest of the week, singing Lego House. An exhausting show for the road crew ended with the recent hit - "We Are Never Ever Getting Back Together". Taylor and her crowd certainly will.