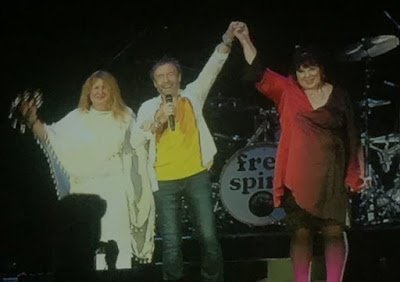 Still in the states, a solo trip to see 3 musical icons. In fact I've previously paid to see all 4 of the acts on the bill, so I was confident it would be good and indeed it was. A strange amphitheatre, my expensive front block seats were under cover, with a cheap grass semi-circle at the rear providing good value.

Ann Wilson's powerful vocals were put to good use during a tribute to "many artists we've lost recently", although a couple of the songs were very much "interpretations" of the originals - not note for note covers. I particularly enjoyed the 2 Who songs, fairly predictably.

Paul Rodgers was excellent. His voice never ceases to impress and a good set of "greatest hits" was supported by a fabulous band ("borrowed" from Deborah Bonham). Deborah and Ann joined in for "Rock And Roll Fantasy". What was really interesting was that the American audience were very enthusiastic about the "Band Company" songs, but hardly seemed to know the "Free" stuff.

Jeff Beck was top of the bill. His playing was as fantastic as always, although I did not know much of the material at all. Compared to previous occasions when I have seen him, there was not much overlap!

Again, I avoided the beer - $17 a go!! But it was so hot, I had to buy a couple of £5 waters. I sneaked away during the encore to ensure I could escape the car-park madness. At least the parking was free! 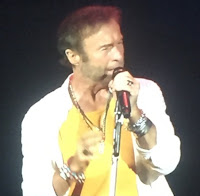 Deborah Bonham
Fly
Hold On
The Old Hyde
No Angel 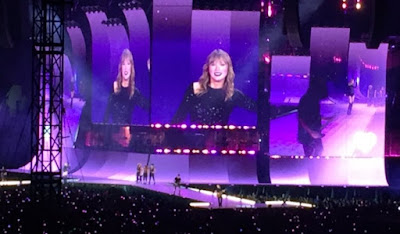 We took a family trip to see Ms Swift in Tampa as - by co-incidence - we were due in town at the same time as her (which caused great excitement a few months back when the tour dates were announced). Whilst I'm not too fussed about her current album - heavily featured here - there is no denying the quality of her performance and the theatrics involved. Even though it's not really my style of music, support from Camila Cabello was good too - with Camila choosing to wear the American Football shirt of the home team (Tampa Buccaneers) which was a nice touch.

We had a decent, uninterrupted view - albeit from towards the back. Only downside was the parking cost - $40 for "standard" parking! And I turned down the option of a $14 beer!

Also, it appears Tampa is a hotbed of Manchester United fans with my shirt for the evening attracting lots of positive comments. 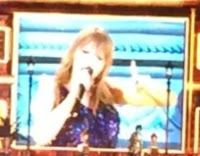 ...Ready for It?
I Did Something Bad
Gorgeous
Style / Love Story / You Belong With Me
+
Look What You Made Me Do
End Game
King of My Heart
+
Delicate
Shake It Off (with Charli XCX and Camila Cabello)
Dancing With Our Hands Tied (Acoustic)
Invisible (Acoustic)
+
Blank Space
Dress
Bad Blood / Should've Said No
+
Don't Blame Me
Long Live / New Year's Day
+
Getaway Car
Call It What You Want
We Are Never Ever Getting Back Together / This Is Why We Can't Have Nice Things 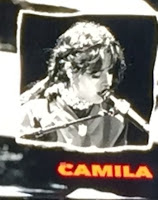