Dan and the boys return to the UK and play their first ever show at Bush Hall in Shepherds Bush. This comes in under the heading of "intimate", but as the band point out, it's nice to play London without being in a basement!

The show is as you've come to expect from Homemade Sin - excellent. Sound was good (and loud) - in fact I was a bit deaf the next morning and it was nice to hear "Mon Cheri" back in the set. I had been hoping to hear a bit of Baba O'Riley in "Two For Tuesday", but we got "Proud Mary" instead which was fine. Lots of tracks from the last album "Circus Life" which is growing on me after a slow start.

I purchased the signed vinyl version at the show - JCPL have produced a really nice item. Apparently limited to 200 copies - grab 'em while you can!

Unfortunately, I can't find a setlist anywhere, so please post if you know what was played and when!
[updated - thanks very much to Humbug66 for the setlist]

Looking forward to "the Church" next week for the acoustic show! 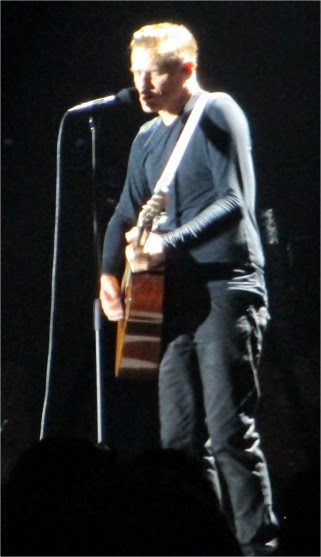 So it turns out Wembley is now called the SSE arena. I'm not old enough to call it the "Wembley Empire Pool", so I'm sticking to "Wembley Arena" where Mr Adams was making his 27th appearance (or so he told the crowd). I'll need to work out how many of those I've been at - must be 20 odd I'd guess. We had pretty average seats (Block B, row 9) - and I was feeling decidedly less than 100%, but that didn't really matter as Bryan delivered another strong show. Very similar to Saturday, but a different "bonus", a first hearing (for me) of "The Boys Night Out" which did leave a large portion of the crowd slightly bewildered. The rest of the show followed the pattern of the other recent shows on the tour.

Bryan encouraged those of us further back to move forward for the encore which we did (Wembley security weren't really keen on this idea in the middle of the arena though!)

All great stuff - roll on show 28 as soon as possible!

More Bryan Adams. This time a full band show at the sold out O2, celebrating 30 years since the release of "Reckless" - the classic 1984 album, and probably my favourite record of all time.

So you won't be surprised to hear that this did not disappoint. We got 2 hours plus of classic rock, the first time I'd ever heard the songs  "Reckless" (not on the original album!), Ain't Gonna Cry and "Let Me Down Easy" played, plus a first (and so far, only) play of "Too Hot To Handle".

Bryan was amusing with his comments between songs and seemed to be having a ball. Looking forward to Wednesday for a repeat at Wembley. 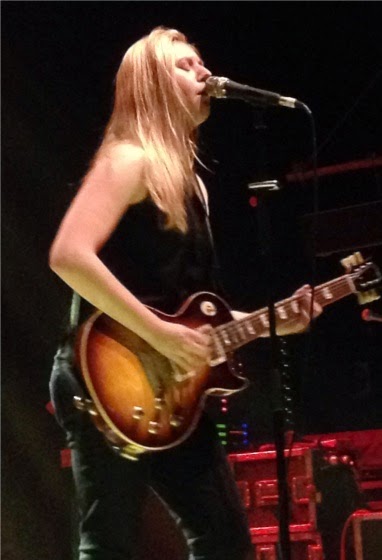 I'd never actually heard of Joanne up until a few months ago and had booked to see this show on the strength of seeing Bernie Marsden. Throw in the fact that it was a good value ticket and we nabbed front row seats and it was looking like an enjoyable evening. I was also feeling relatively young in an audience of primarily middle aged gentlemen.

Bernie came on first and slightly surprisingly most of his set was acoustic. None the worse for it, both vocals and guitar were excellent. The finale "Here I Go Again" featured lines from both the 1987 remake and the original, which was nice.

Joanne was on shortly afterwards. And wow! What a great evening of blues rock. I was expecting at least one more guitarist in the band, but clearly this wasn't needed. Some of her solos (split between a Gibson Les Paul and Fender Telecaster) were fantastic and the songs very listenable to. Vocally, Joanne seems to sound a bit like Tina Turner in the "Steamy Windows" vein, and sometime the words weren't 100% clear, but that was a minor niggle. She's only in her mid twenties, so a long career seems likely. A highlight was when Bernie reappeared for "Walking In The Shadow Of The Blues".

The evening concluded with the title track from her new album "The Dirty Truth". I shall certainly be purchasing some CDs and looking out for tickets the next time Joanne tours.

Bernie Marsden
Lie On The Track
Wedding Day
Till the Day I Die
Who Do We Think We Are?
Ain't No Love in the Heart of the City
Ain't Gonna Cry No More
Dragonfly
Here I Go Again 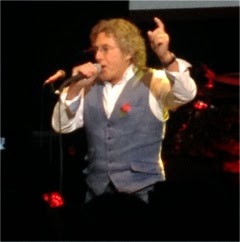 This show, in aid of the Teenage Cancer Trust, featured the Who's current touring band (including Zak Starkey, Pino Palladino, Simon Townshend & Billy Nicholls) and a host of guest vocalists. Hosted by Chris Evans, the event has been described as the a stars karaoke evening, but it turned out to be more than that with some excellent vocal performances, a moving charity film and some hilarious moments from Johnny Vegas and Rich Hall adding to some fine musicianship from one of the World's top bands. Oh, and Roger Daltrey sang at the end too!

Sadly there was no Pete Townshend. "I think Pete would rather do anything rather than have his songs played back to him by others" quipped Roger at the start of the evening. there then proceed to be a number of acts who I'd heard of, but not seen. Most surprisingly good were Rizzle Kicks, who's rap inspired version of "Who Are You" worked fantastically. I bet it was the most atypical audience they'd ever played to! Rich "I'm so far out of my depth here" Hall rasped his away through You Better You Bet, claiming it has the song "that had got be barred from karaoke bards across North America". Johnny Vegas sang some of Dr Jimmy and The Real Me acapella with the crowd, saying that the Quadrophenia album "saved his life".

Ricky Wilson was good, albeit with song sheets. Sheila Ferguson forgot the words to Acid Queen, which didn't really matter. Liam Gallagher snarled his way through a fine My Generation in a particularly dodgy looking mac and Eddie Vedder sounded better than I'd ever heard him before.

Roger Daltrey ended a fine evening with Substitute and an appropriate Young Man Blues. A very expensive evening, but a worthwhile one in every sense.

Setlist
I Can't Explain (with Andy Burrows)
The Kids Are Alright (with The Strypes)
Getting in Tune (with Tom Odell)
Behind Blue Eyes (with Amy Macdonald)
Who Are You (with Rizzle Kicks)
You Better You Bet (with Rich Hall)
5:15 (with Ricky Wilson)
Bell Boy (with Ricky Wilson)
Love, Reign O'er Me (with Joe Elliott)
The Acid Queen (with Sheila Ferguson)
The Seeker (with Geddy Lee)
Baba O'Riley (with Leslie Mendelson)
My Generation (with Liam Gallagher)
Naked Eye (with Eddie Vedder)
Won't Get Fooled Again (with Eddie Vedder)
See Me, Feel Me (with Eddie Vedder + ensemble)
+
Substitute (with Roger Daltrey)
Young Man Blues (with Roger Daltrey) 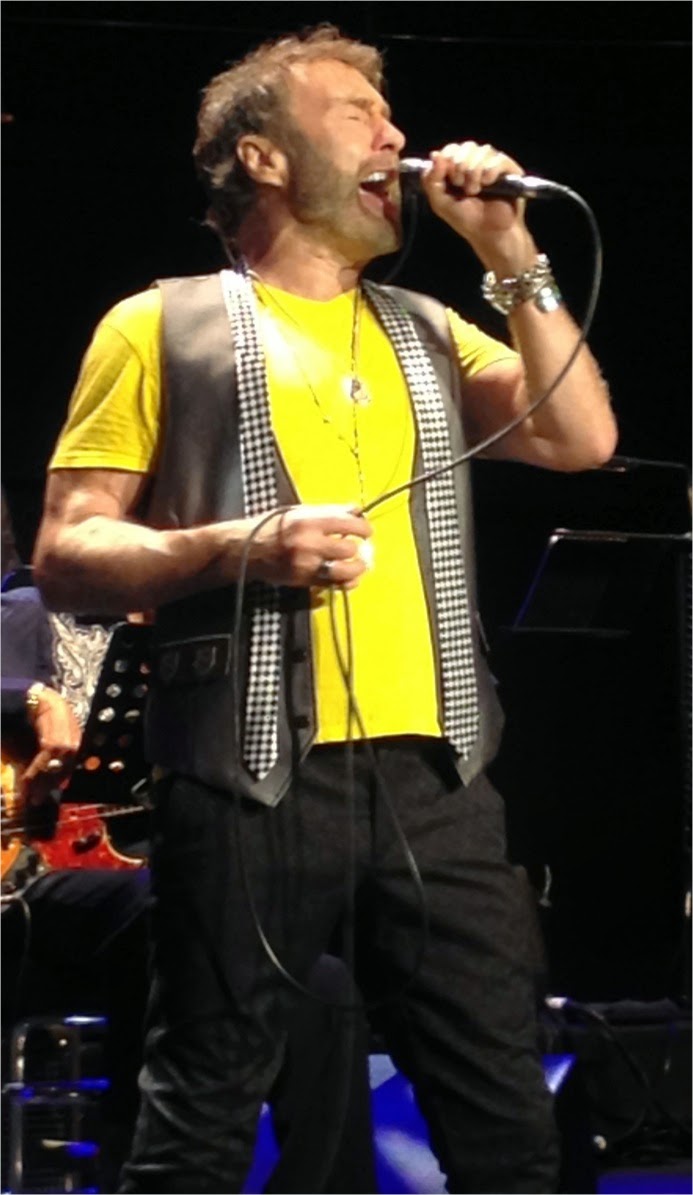 The sole UK appearance for Paul Rodgers this year is not in an industrial estate in Chichester, but the more impressive arena of the Royal Albert Hall. In aid of the same charity as last year, Paul has assembled the Memphis based backing band who played on this years "Royal Sessions" album - a collection of soul and blues songs from Paul's formative years.

Now, I would normally be very much in the "rock" camp when it comes to Paul's material, but to be fair, the guy can sing anything. Great vocals, excellent backing from the band and even "Can't Get Enough" & "The Hunter" thrown in for good measure.

A rule of thumb says never to leave a show until the house lights come up and the backing tapes start. Even if you followed that rule this time, you could well have missed the final song (a 2nd encore where at least 1/3 of the crowd had left!). this enabled us to get right down to the front amongst the others who had swapped the T shirt attire for a thick coat! If a DVD comes out, look for the crowd changes at the end!

I was touch and go whether to buy a ticket for this show due to the high cost and expected material, but I'm glad I did.