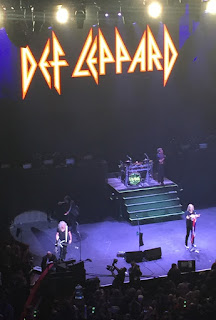 Brief Review: More TCT at the Royal Albert Hall and this time we are in the affordable seats for Def Leppard. It's their debut at this venue and they are on good form. Lot's of chat from Joe Elliott and Phil Collen even managed to keep his shirt on! (RAH rules?). Seeing them at the O2 later in the year and looking forward to that. 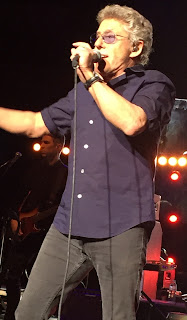 Brief Review: The first of 2 shows this week for me in aid of the excellent Teenage Cancer Trust charity. Tonight we had front row tickets for the patron - Roger Daltrey. Support was from Beatles tribute "Dr. Pepper's Jaded Hearts Club Band" who include Matt Bellamy from Muse, Graham Coxton from Blur and members of Jets, Nine Inch Nails and the Zutons. They were good fun and played a selection of Beatles tracks primarily from their very early days. Sadly, Mr McCartney didn't guest as he had on one of their rare previous appearances.

Headliner Roger Daltrey treated us to an eclectic set of Who classics and rarities mixed in with some solo material. Overall, it was great - his voice holding up really well and backed by much of the Who touring band including Simon Townshend and Frank Simes. "The Real Me" was a personal highlight and he dedicated "Another Tricky Day" and "How Many Friends" to Mark Zucherberg of Facebook 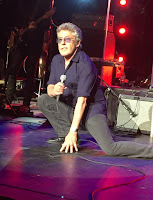 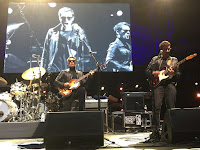 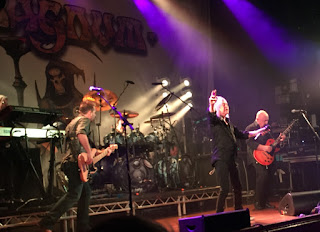 Brief Review: It's 2018 and Magnum are still going strong. That in itself is a reason to celebrate and even if stalwart Mark Stanway and recent collaborator Harry James have moved on, this evening demonstrated the unique appeal of the band from the Black Country. Bob Catley's vocals were better than the last few tours and Tony Clarkin's guitar as effortlessly brilliant as always. Add in the energy that Al Barrow brings to the party and it was clear that the band and crowd were enjoying themselves.

For me, it was a slightly slow burner, but by the end, the whole venue was a sea of swaying arms and mass sing-a-longs. The only downside was the appearance half way through of a greasy haired idiot in front of us who's air punching and headbanging seemed to demand an exclusion zone around him. We always seem to pick them!

The Spirit
When the World Comes Down

Brief Review: Banquet Records in Kingston do a fine job of attracting some decent acts down to a club night in town - usually with the bonus of flogging a fair few copies of their new CD. Tonight it's the Fratellis and it's an impressive showcase of music new and old - and 4 songs getting their live debut ahead of the upcoming UK tour. I was particularly impressed by the cleaness of the guitar sound and the clear vocals. £15 for the new CD and a decent gig - bargain!
And, I wasn't quite the oldest person in the club - result! 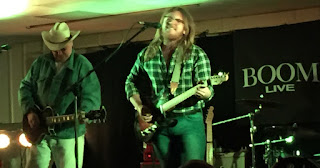 Brief Review: We dodged the remains of the snow and ice for a fun evening with this excellent Credence Clearwater Revival / John Fogerty tribute band. All the band are good, but the brilliant Dale Taylor on Vocals and Guitar is clearly the main man. Let's hope that the next time they make the trek down from Cambridgeshire, there are more people to enjoy their performance.